Home U.S How Restaurants Have Weathered the Pandemic 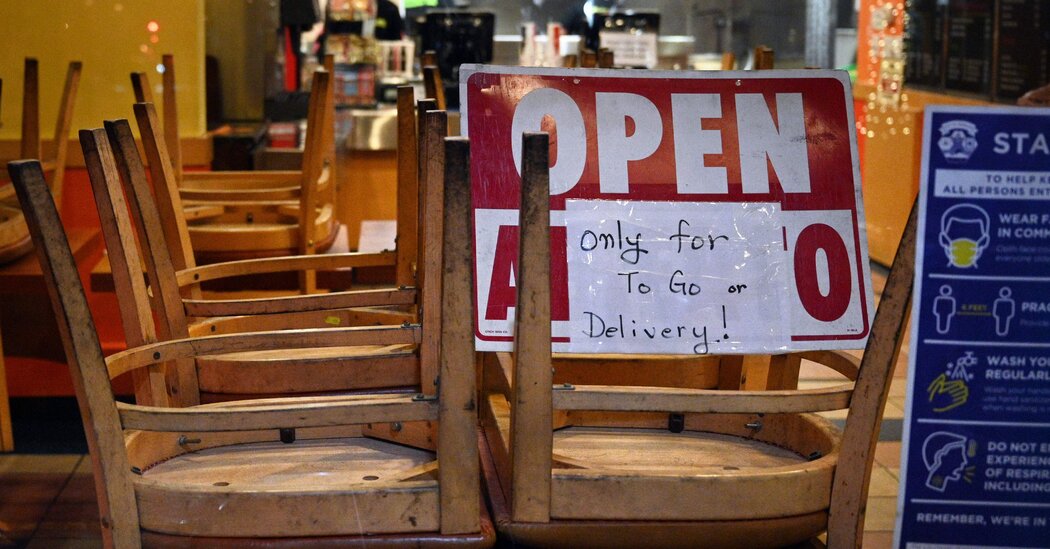 But the relief may be too late for many. California is buckling under the latest Covid-19 surge, with intensive care units everywhere nearly filled to capacity. Much of the state is under stay-at-home orders, which bans all manners of dining at restaurants.

Immigrant- and Black-owned restaurants are especially at risk of closing. A survey by the C.R.A. found that 60 percent of restaurants in California are owned by people of color. However, after the $2.2 trillion CARES Act was implemented in March, the largest benefits failed to reach many minority-owned businesses.

One family-owned restaurant in the Inland Empire went from being a popular buffet spot to only serving takeout food overnight.

The restaurant, Punjab Palace, located in a nondescript strip mall in Riverside, has been a part of the community since it opened 17 years ago, providing affordable Tandoori Indian food and rooms for banquets and events.

When Gov. Gavin Newsom implemented the first stay-at-home order, the restaurant’s owner, Ashok Kumar, immediately closed the buffet, which, along with private events, was the largest source of income.

The change to a takeout-only model has significantly lowered its bottom line. The lack of interaction with customers has also blocked a valve it once had into the community.

Yashmeen Sharma, Mr. Kumar’s youngest daughter, said that much of her childhood was spent in and around the restaurant. She has seen children of customers grow up and start families of their own. Ordinarily, she would be able to recognize regulars.

“The other day I was helping this lady who I’ve known for years now and I could not recognize her with her mask on,” Ms. Sharma said.

With the loss of the buffet, Ms. Sharma, her parents and two sisters run the restaurant together, working 11 hours a day then going home to sleep. She said their daily income averaged around $800 per day, not nearly enough to make ends meet. Their monthly rent for the restaurant space is $12,000, and the landlord said they could defer to payments of $2,000 during the pandemic. However, the unpaid balance will have to be paid off eventually.

The looming debt and loss of income is an ever-present worry for Ms. Sharma and her family. They have seen other longstanding immigrant-owned restaurants in their community close and the owners returning to their home countries.

“To see that some of us aren’t going to make it through this is devastating,” she said.

Mr. Kumar built the restaurant into a popular neighborhood spot over the years. After immigrating to the U.S. from India in 1988, he began washing dishes in Los Angeles, then working his way up through the industry’s rungs, according to his daughter.

The family eschewed outdoor dining because of health risks. Both Mr. Kumar and his wife, Mamta Kumari, have pre-existing health conditions, making them particularly vulnerable to Covid-19. Their landlord would also require them to pay full rent if they opened any type of dining on the premises.

Last year, they received an Economic Injury Disaster Loan from the Small Business Administration in addition to a smaller grant from the City of Riverside, which helped reduce — but did not wipe out — any accumulating debt.

Ms. Sharma said she was optimistic that things would return to normal this year, but what normal looks like is unclear.

After many buffets permanently closed their doors, the verdict on if the restaurant will ever be able to come back is still out.

And yet, Yelp’s economic report found that while scores of restaurants have closed, over 6,000 have opened in California during the pandemic. The resilience of some businesses can be explained by how well they adapt to pandemic-era restrictions.

At Punjab Palace, the family’s willingness to work together allows them to avoid hiring outside employees, thus saving critical funds. It also fosters a sense of safety and togetherness, not a small thing these days.

“At least we’re alive, you know, we made it through the day not infected and we get to go home together,” Ms. Sharma said. “We make it home safe every day, even if that costs us.”

(This article is part of the California Today newsletter. Sign up to get it delivered to your inbox.)

Here’s what else to know today

California Today goes live at 6:30 a.m. Pacific time weekdays. Tell us what you want to see: CAtoday@nytimes.com. Were you forwarded this email? Sign up for California Today here and read every edition online here.

Jill Cowan grew up in Orange County, graduated from U.C. Berkeley and has reported all over the state, including the Bay Area, Bakersfield and Los Angeles — but she always wants to see more. Follow along here or on Twitter.

California Today is edited by Julie Bloom, who grew up in Los Angeles and graduated from U.C. Berkeley.

The Business Rules the Trump Administration Is Racing to Finish

The Truth About Your WhatsApp Data

Mihir Kumar Jha - January 13, 2021 0
Tech
This article is part of the On Tech newsletter. You can sign up here to receive it weekdays.There was a backlash to WhatsApp in...